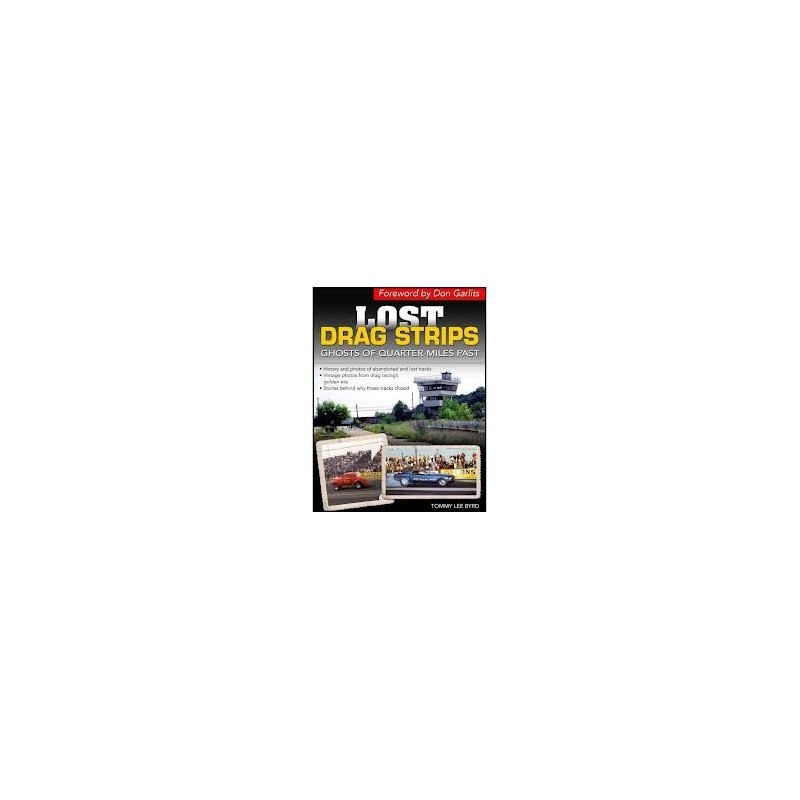 This book takes a look at many of the lost quarter-mile tracks across the USA. The images are teamed with vintage shots of drag racing's glory days, sharing what once was one of America's most popular pastimes with over 299 black & white and color images.

During the 50s and 60s, the sport of drag racing exploded in popularity. In it's early days drag racing had a class for everybody, from professional rails to 4 door sedans. As a participant sport, drag racing made itself very accessible, and as a result, drag racing facilities sprang up all over the country, some national in scale and others very small and local. This was great, for a while, but with the sprawl of suburbia and various economic conditions like the growing expense of racing over the last few decades we have lost hundreds of drag racing facilities across the country. Many of these were places of legend where the biggest names in the sport got their start or ran some of their most memorable passes. Others were relatively unknown, but served a local area's needs for a safe place for local speed addicts to run their cars. For whatever reason, they are no longer in business, but evidence of their former existance still remains.

This book takes a look at many of their lost quarter-mile tracks across the country. Some of them are gone completely; paved over to make room for housing developments or strip malls. Others are ghostly remnants of what once was, offering a sad and even eerie subject for the photographer.

The images are teamed with vintage shots of drag racing's glory days, sharing what once was one of America's most popular pastimes with the modern reality facing these facilities today. For fans of drag racing's past, it's a sobering and interesting study. The stories are true and the photos are through provoking, which makes this book hard to put down.

Over 299 black & white and color images