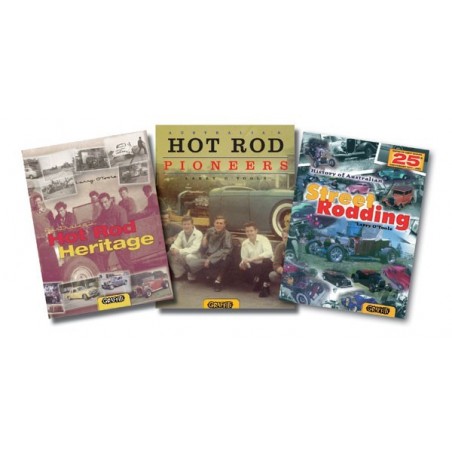 Hot rodding in Australia first became semi-organised from 1956 with the formation of the Southern Hot Rod Club. That quickly spawned more clubs and drag strips followed as the hot rodders formed themselves into associations and looked for somewhere to race their cars. Organised shows followed with many of the same hot rodders involved in their promotion. Many of the participants from this era of early Australian hot rodding are now retired and their memories are fading. Using their photo collections as a resource, Australias Hot Rod Pioneers has been produced to ensure their pioneering days are recorded for all generations of hot rodders to enjoy.

Take a pictorial cruise back through Australias early hot rod days from the photo albums of rodders who were part of the scene. Chapters follow Early Hot Rods on the Street, Early Drag Racing and Australias Custom Cars. A companion to History of Australian Street Rodding.