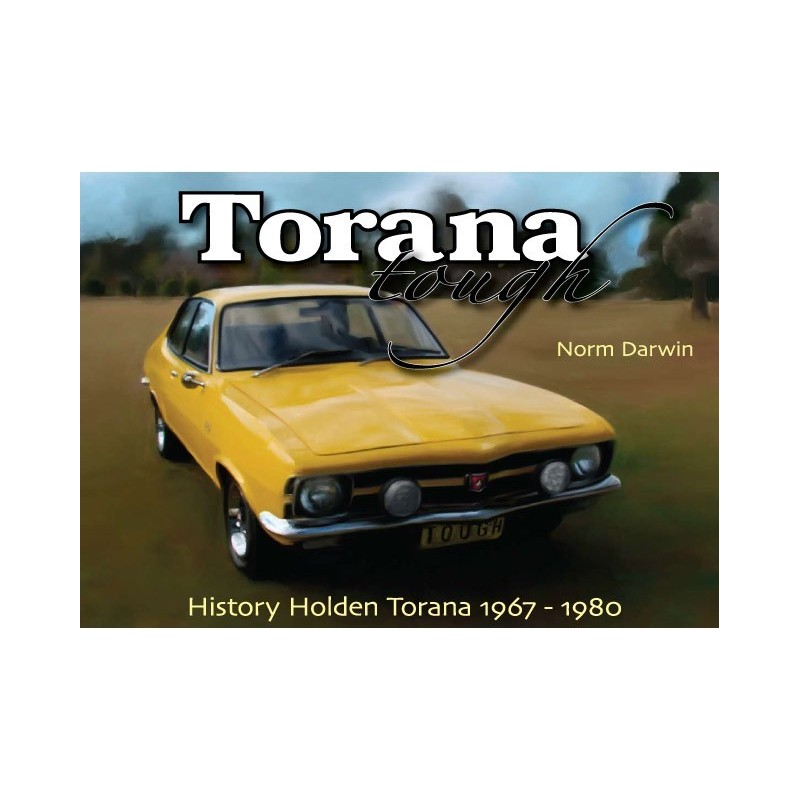 This book covers the history of the Holden Torana from 1967-1980 and is 304 pages crammed full of large photos, the development story, prototype images, paint details, trim numbers and materials and production identification.  304 pages hardcover book

The Torana has captured hearts and minds of Holden enthusiasts for the past 40 years. The Torana, specifically the performance models have had books written about them, but nothing has been produced like "Torana Tough".

Well known Holden historian, Norm Darwin, has set a new standard for a marque history. Following on from the successful release of "Monaro Magic" in 2010, Norm has put together an extensive Torana history comprising all models and series.

LH Torana - The Car of its Time

LX Torana - Luxury at a Price you can afford

UC Torana - Dedicated to the Driver

Engines EH to XU-1 & Beyond