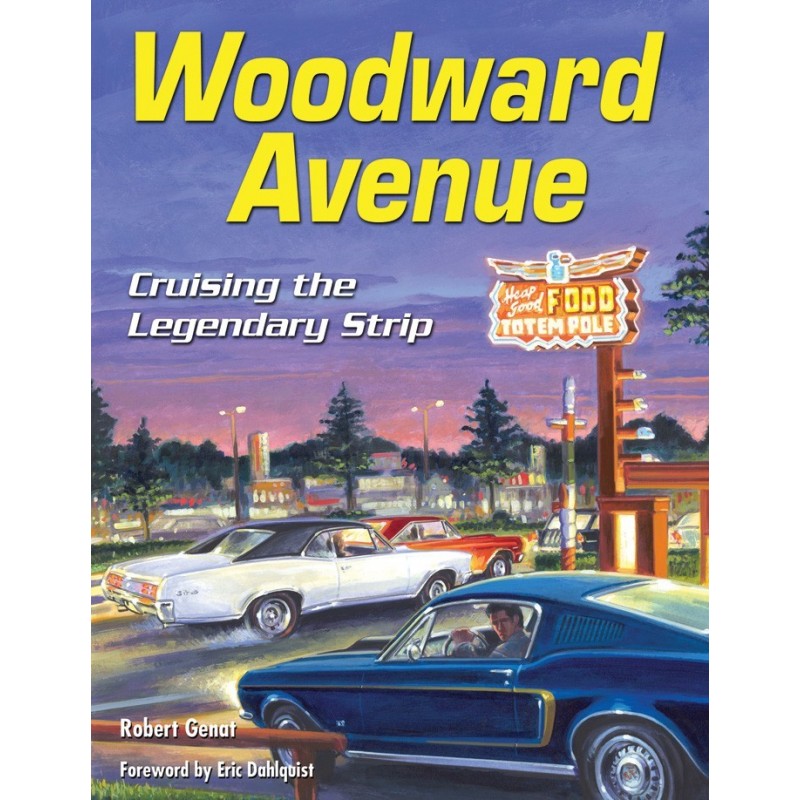 Stories from the people who cruised & raced Woodward. Featured are the efforts by the factories to build cars that the Woodward crowd would buy and race. Includes everything that surrounded Woodwards action, incl. Detroits DJs, the hang-outs and drive-ins, the high performance new car dealer-ships that provided the cars, and the speed shops

Detroit's Woodward Avenue was America's centre of gravity for cruising and street racing in the 1950s and 1960s. Its widely paved surfaces with long sections of arrow-straight road between traffic signals provided the ideal locations for stoplight street racing and cruising action. Woodward even became the unofficial test track for the profusion of hot factory iron churned out by Detroit's engineers. If you lived in the Detroit area in the 1960s and wanted to drag race - Woodward Avenue was the place to go.

Woodward Avenue: Cruising the Legendary Strip is filled with stories from the people who cruised and raced Woodward in that wonderful era. Also featured are the clandestine and not-so-clandestine efforts by the factories to build cars that the Woodward Avenue crowd would buy and race. Woodward Avenue includes everything that surrounded Woodward's action, including Detroit's legendary DJs who provided the cruisers' musical soundtrack, the hangouts and drive-ins, the high-performance new-car dealerships that provided the cars, and the legendary speed shops that provided the hot rod parts.

If you are into muscle cars, great street racing stories, or just want to remember or learn how it was "back in the day", this book is a great trip down memory lane.