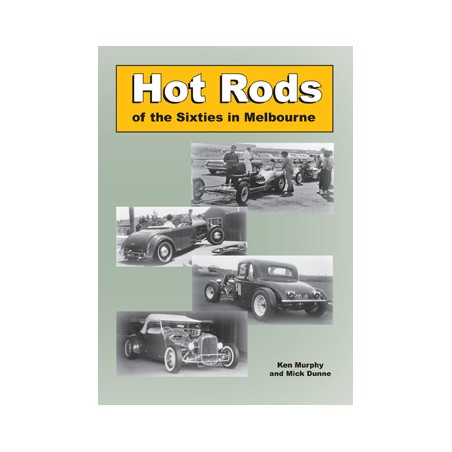 Hot Rods of the Sixties in Melbourne

Hot Rodding started in America but certainly came to Australia in the late Fifties and early Sixties. This book captures the activity of the early Melbourne Hot Rod scene in the early Sixties.

Hot Rod magazines flowed to Australia and soon builders were creating their own Rods. We have captured the street scenes of Melbourne where Hot Ros were being seen almost daily. We also look at very early Car Shows. The Hot Rod show scene was just starting and shows of the early Sixties were no more than a few rods in a Petrol Station or workshop.

Riverside Drags (1962-1966) was a big event on the first Sunday of each month that encouraged more Rods to be built and also the creation of friendships among Rodders. You will also note the fashion of the time and the crowds that attended the Riverside meetings. We have also collated a chapter on the trends and fads of Hot Rods during the early Sixties.

This piece of history is captured in a pictorial section of great photos.